We usually call sea stars starfish.  But they're not really fish at all.  They are invertebrates belonging to the phylum Echinodermata, the same phylum as sea lilies, feather stars, brittle stars, sea daisies, sea urchins, sand dollars, and sea cucumbers. 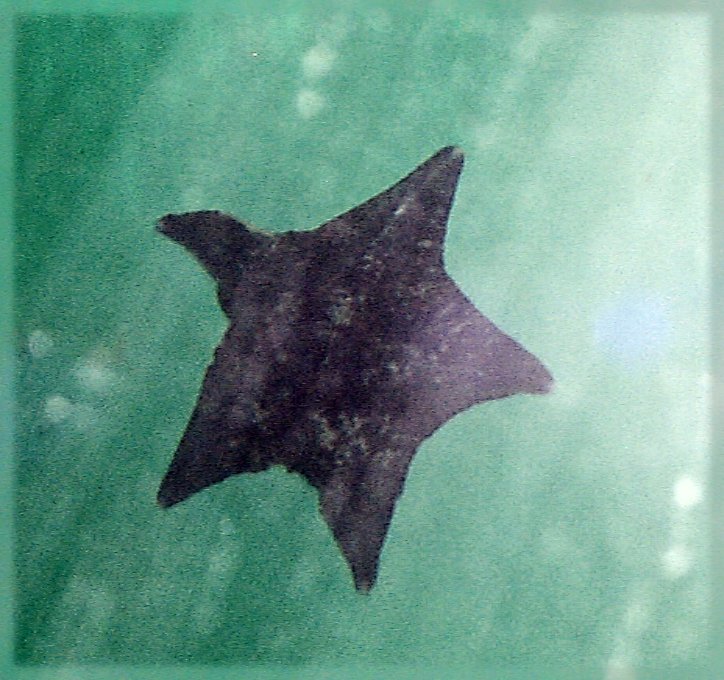 Comments about sea stars at the Fort Worth Zoo: The Fort Worth Zoo has two bat sea stars (shown here) on display.  Their surroundings are pretty sparse--I think they could use some more plants in their tank, along with more fish and crustaceans to feed on.

Personal observations:  The only sea star I knew for a long time was the dried up one on top of my TV at home.  But these animals are more than decoration. They are living creatures precious to the ocean and freshwater ecosystems.

The Link to End All Links: